Skip to Content
Home Blog Health & Wealth How to fix a broken metabolism in 8 steps! (number 3 will shock you)

How to fix a broken metabolism in 8 steps! (number 3 will shock you)

Your metabolism is key when it comes to losing weight or gaining weight. If you’re not sure what ‘metabolism’ is then I’ll break it down for you real quick.

Metabolism is the collection of biochemical processes that take place in the cells of organisms. Enzymes play a central role in these conversions. A distinction is made between the accumulation of substances using energy and the breaking down of biomolecules, whereby energy is released.

In this post I want to show you 8 ways how you can fix a broken metabolism.

Note: I’m not an doctor etc, if you’re making any of these changes please contact your personal doctor!

1. Get more iodine and Chromium

The first way on how to fix an broken metabolism is though getting Iodine and Chromium. In many occasions when our metabolism slows down it has to do with our thyroids slowing down.

Chromium is a mineral that you can honestly get very inexpensively on amazon. Chromium is going to help glute 4 receptors come to the surface. That means that blood sugar that’s floating through your body that doesn’t have a place to go.

If you take a little of chromium it makes it so that the receptors that are inside your cells come to the surface of the cell to collect the extra glucose.

This can help in alot of ways, but it helps your thyroids because there’s a lot of links with high blood pressure  and insulin levels slowing down our thyroid.

Apple cider vinegar is well know for all of it’s health benefits, but this drink is not only ACV. I’s a mix of a couple of products:

The acetic acid within applce cider vinegar up regulates fatty acid oxidation, so it helps improve the body’s utilization of fats. It allows the fat to utilized to create body heat better, which means your metabolism is going to enhance.

Don’t be afraid to overeat, but overeat with protein! eating high protein already has an powerfull thermic effect. Say 20-25 % of the protein that we consume is going to be utilized just to metabolize that protein. So 25% of the energy we get from what we eat in protein just goes into digesting that specific protein.

An great article was published on JAMA of a study where 3 groups of people were eating the same amounts of calories in a surplus, so to the point where weight gained occured. you can check the full study here. The first group ate low protein, the second group moderate and the third high protein. To keep it short, they all gained weight, but they all gained the same amount of fat! But the crazy thing is that the high protein group gained muscle to!

So extra protein doesn’t convert to extra fat, but extra protein converts to EXTRA MUSCLE. So if you’re going to overeat then overeat with extra protein, because it’s going t build more muscle which is the biggest driver of of your metabolism!

Read my article on how to gain muscle fast as a naturel bodybuilder here!

Get the proper leptin spike with the right cheat meal. So leptin is a simple thing, it communicates from the fat cell to the brain and says ‘we have a enough fat on hand go ahead and ramp up the metabolism. So if leptin levels are low the brain  doesn’t get the signal to turn up the metabolism, so it slows down.

If you’ve been dieting for a long time you’re probably going to need an leptin spike. You’re going to need to spike your leptin with carbohydrates.

If you’re having an cheatmeal with carbohydrates then it’s super IMPORTANT to don’t mix carbs with fat, because then that cheat meal will go to storage alot more.

Good things come to those who sign up for our newsletter
Join our email list to get the latest blog posts straight to your inbox
Give it a try, you can unsubscribe anytime.

5. Slow down on HIIT training

If you’re doing strenth training and Crossfit then you could be pushing yourself so hard all the time. What then happends is that your adrenals are getting burned out and your cortisol levels are staying so high that you’re ultimately ending up with a body fat accumulation issue.

So what you need to do you is,  back off the HIIT work for  a little bit. You need to take a brake and switch to strength training  for a little while and limit the cardio. Try to build some muscle that is going to boost the metabolism .

If you’re now going to focus on building muscle, then I highly suggest reading my article on the best exercises for muscle growth!

6. Reduce caffeine by half

I’m defenitly not going to tell you that you can’t have your morning coffee, but reducing your caffeine by half can have great benefits, let me tell you what happends when you recuce your caffeine intake by half.

Cut your caffeine in half and what ends up happening is something called ‘ Hypothalamic-pituitary-adrenal-axis’ it communicates from the brain to the adrenals to produce more cortisol to produce more epinephrine.  Caffeine itself produces more epinephrine and more adrenaline. You need to lessen this abit, but if you cut this out completely it just makes it so that when you do have caffeine that you’re going to have an bigger cortisol spike. Therefor it’s okay to keep in the system, but just reduce it to half!

When people are dieting trying to lose those last pounds or trying to break a weight loss plateau, they are looking for anything to make them you lose etra weight.

What they’ll do is they cut out sodium right and they will lose weight, because they lose water weight. That will only go so far.

What happends when you’re deficient in sodium is your brain gets a little bit of a mixed message.

Your brain says put on the brakes, because were low on sodium so the Hypothalamic-pituitary-adrenal-axis ends up getting kinda whacked out.

So the adrenals get triggerd to the release of what’s called aldoserone, that aldosterone tells the kidneys to hold on to water and salt.

What happends then is you end up having a subsequent increase in cortisol. when aldosterone is relesed cortisol is also released, so then you have to cortisol at a time when you don’t need it.

When you have chronically high levels of cortisol which  definitly triggers an accumulation of prodominantly belly fat, mainly visceral and abdominal fat.

A new way that I suggest kick starting the body into a new method is doing an 36 hour fast. Go from 7:00 pm all the way 7:00 am not the next day, but the day after.

In the morning when you brake your fast studies have shown that you have very insulin sensitive muscles, but also insulin sensitive fat cells. This means we can actually spike our leptin and we can eat a larger meal at the end of that 36 hour fast and it’s not going to fat storages nearly as much as if we eneded that fast in the morning.

Try adding some good quality salt and don’t cut it out! 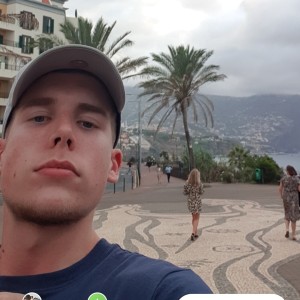 What are BCAAs – Do They Actually Work?

What is a Complete Protein – List of High Protein Foods!

How To Maintain Muscle During Lockdown/Pandemic

The Right Way to Break A Fast – For Optimal Fat Burning

A fitness fanatic who has lost over 50 kgs, and now wants to inspire you to get healthy too!

What are BCAAs – Do They Actually Work?

Good things come to those who sign up for our newsletter
Join our email list to get the latest blog posts straight to your inbox
Give it a try, you can unsubscribe anytime.

7-Days of Meals to start your lean bulk right!

7-Days of Meals To Start Your Bulk Right!

7-Days of Meals to start your Weight loss Journey!